Joanna Scanlan won a BAFTA for Leading Actress for her film ‘After Love’ with nominees that included Lady Gaga and Alana Haim.

“I had previously worked with Joanna through our ERA5050 female writers mentoring project, TellHerVision during the pandemic and we discussed her wearing some of our makers work for the event and this was the result.”

After brain storming with Harriet Scott of the Goldsmiths’ Company, Karin compiled a list of Goldsmiths’ Fair makers for Scanlan’s stylist Penelope Meredith who put this amazing look together. 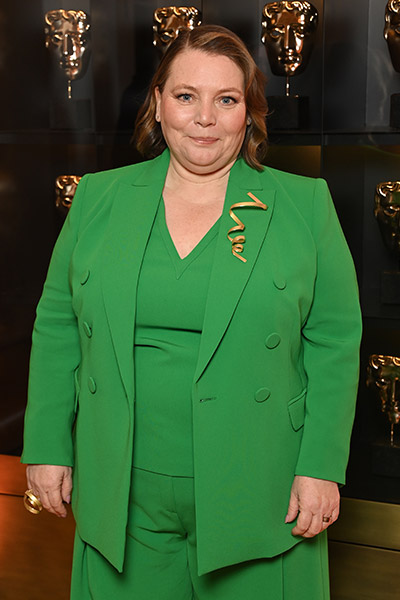